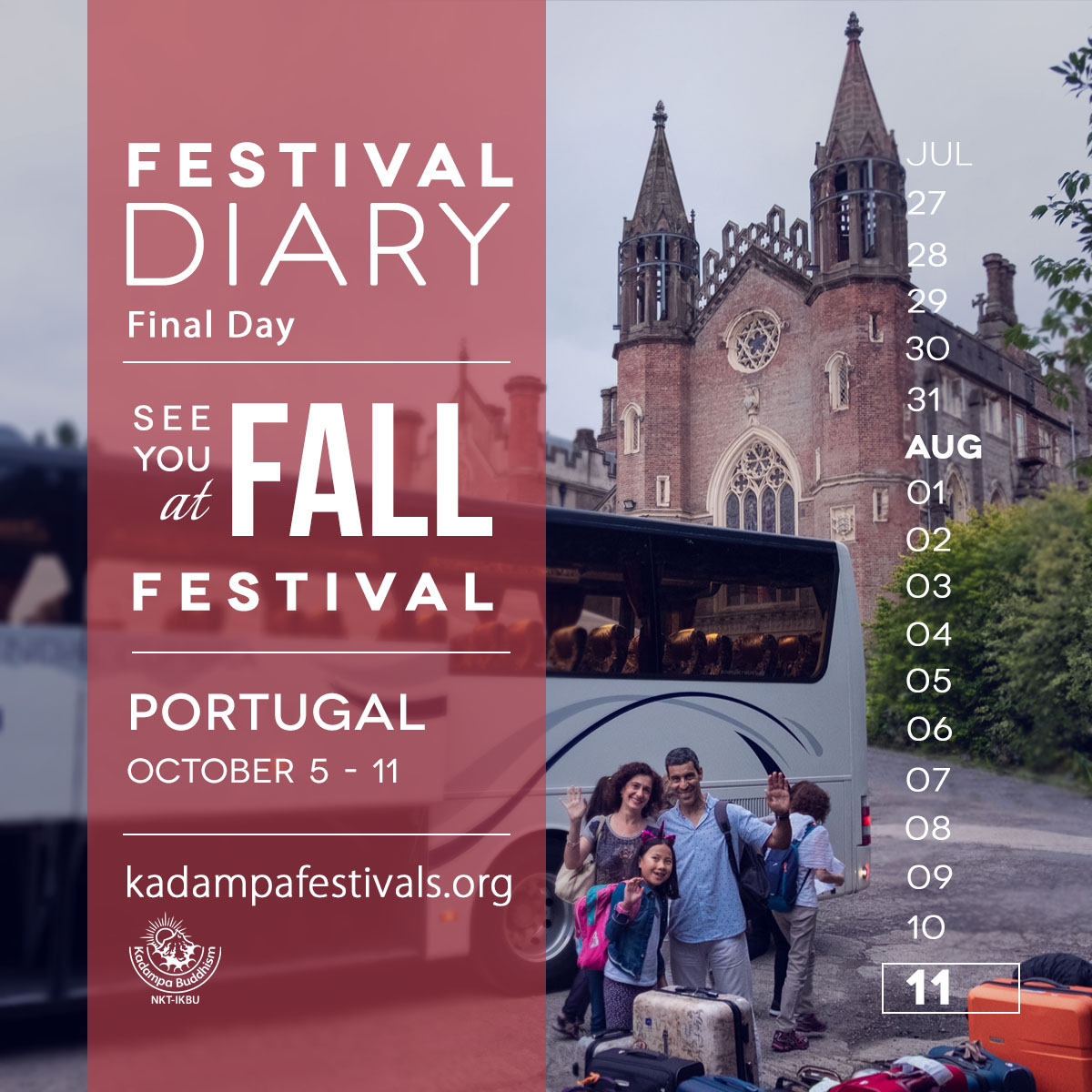 “It is all so much clearer now. Things are making sense in a way like never before” a woman from Boston tells me over the final day’s breakfast, sharing the wonder of her first ever summer festival. “How easy it would have been to have missed this. I am so grateful I made the effort to come.”

We are interrupted by an announcement to thank the volunteers running the breakfast tent for their help over this festival, many of whom start at 5am each morning! Just another example of the incredible kindness of others that has been seen through every single part of this summer festival.

The festival concludes with the special production of the life of Buddha play.

Acted, directed, choreographed and filmed entirely by practicing Kadampa Buddhists at previous summer festivals, the play captures the dignity, wisdom and supreme kindness with which Buddha lived his life, inspiring us all to do the same. 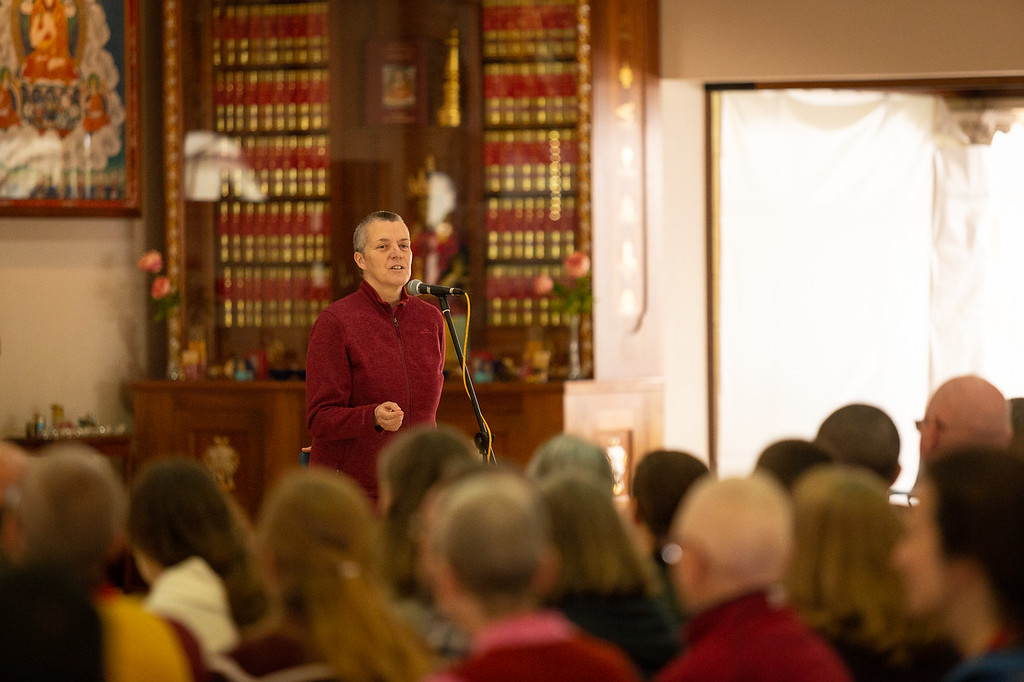 The play is followed with some special advice from Gen-la Kelsang Dekyong on how to take the essence of our Summer Festival into our daily lives. She encourages us to show our good example of being kinder and more peaceful. She jokes that our friends and family will notice such a difference that they will be offering to book our next festival for us.

The cars, taxis and buses are loaded up taking people ready to take their special experiences from the festival into their daily lives or onward to one of the many post-festival retreats in Retreat Centres and KMC’s around the world. 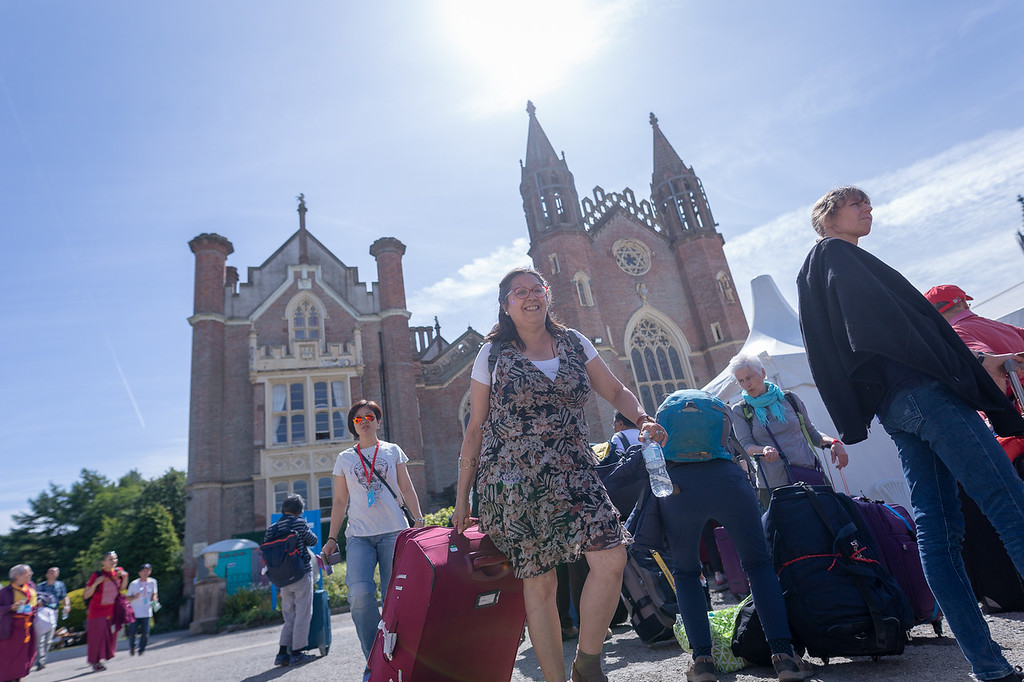 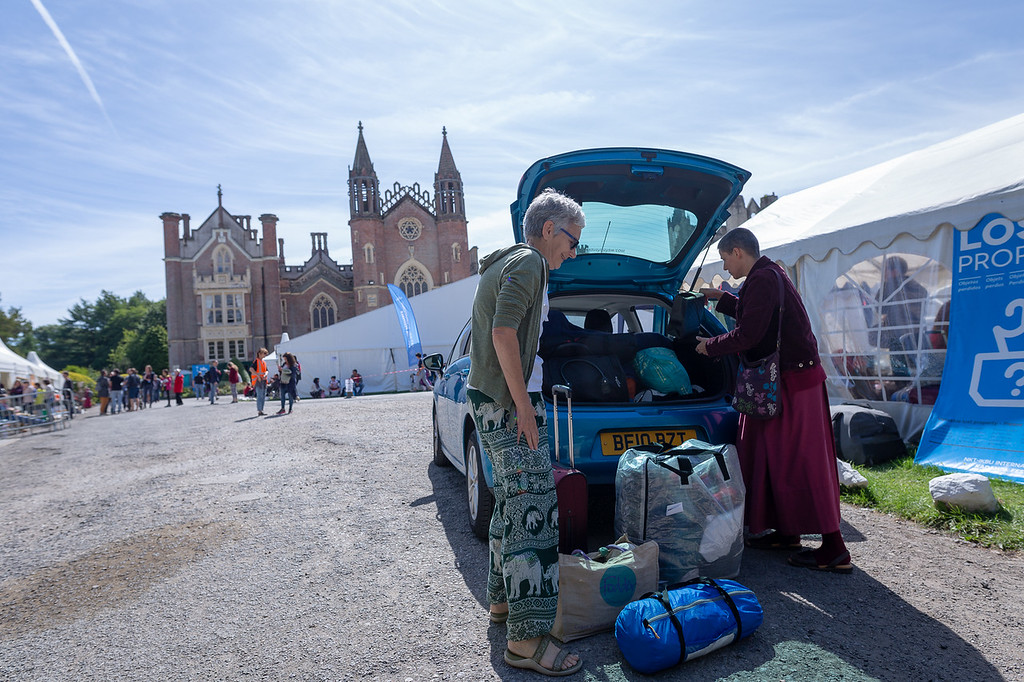 As the festival finishes for many, the work to clear up starts for the volunteers choosing to stay on and prepare Manjushri KMC to open again to the public. 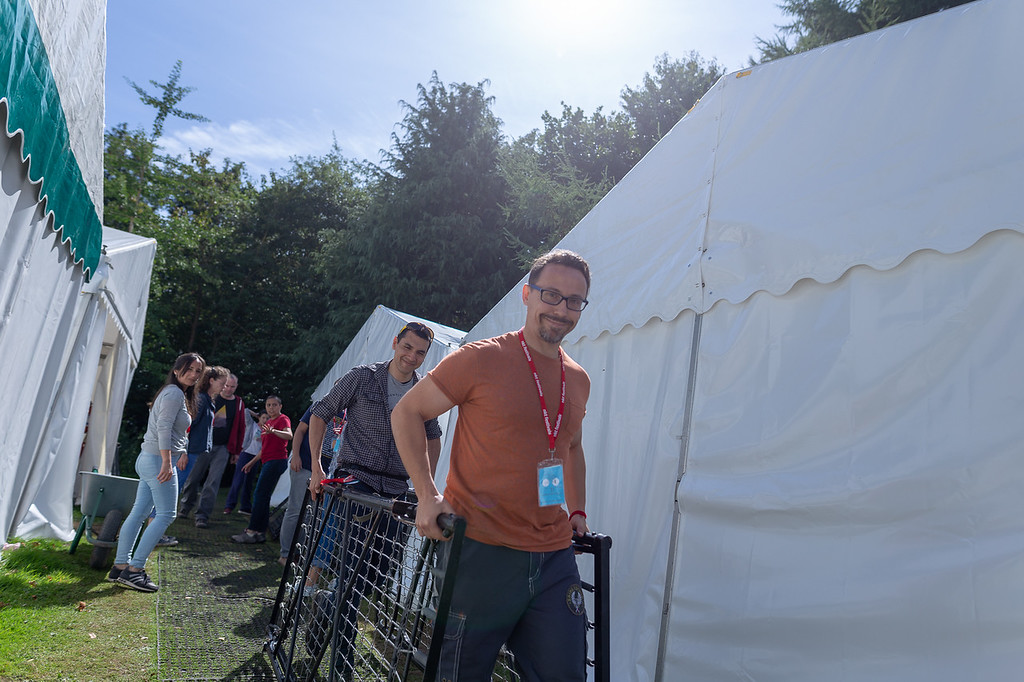 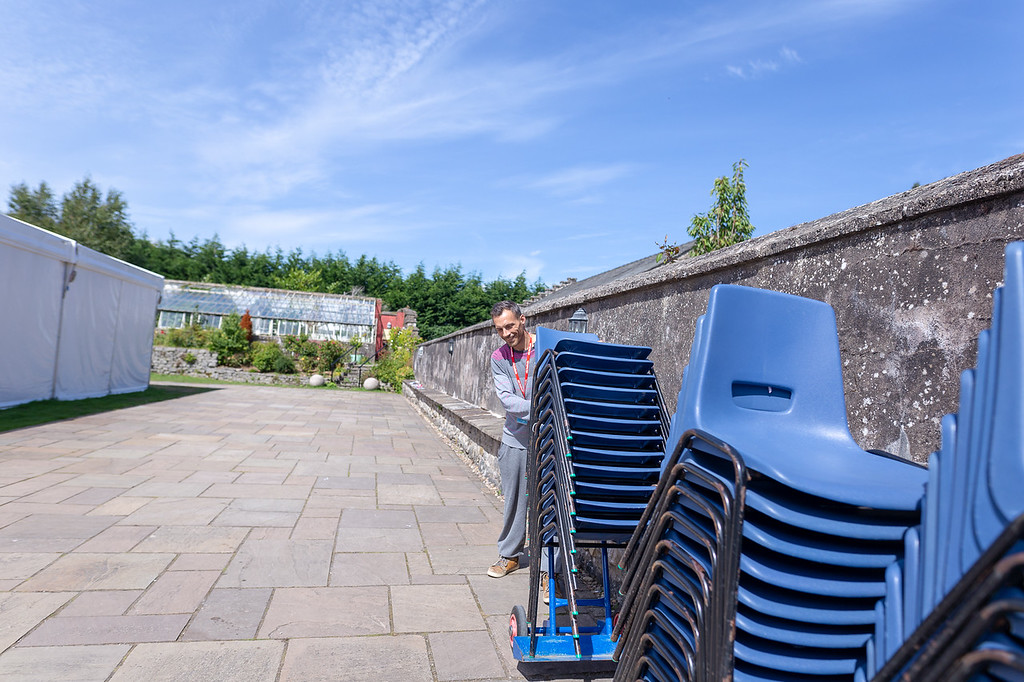 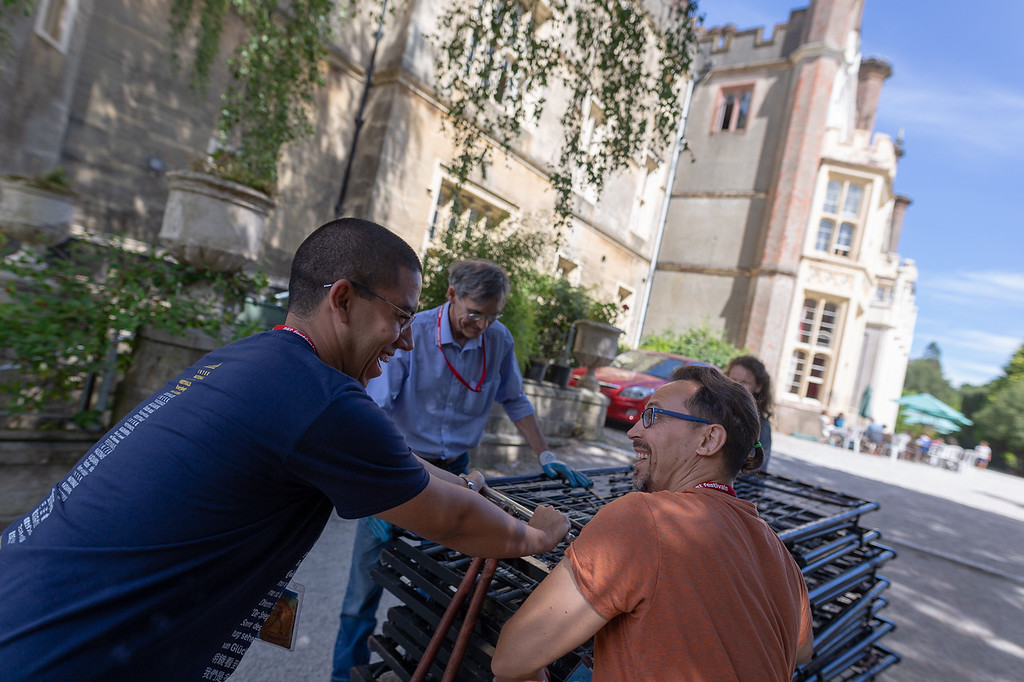 Now the countdown beings to the Fall Festival in October at Deuachen Kadampa Meditation Centre, Portugal.

More information and booking at kadampafestivals.org/fall

Thank you Venerable Geshe-la for this extraordinary Festival! 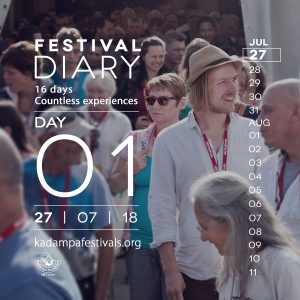 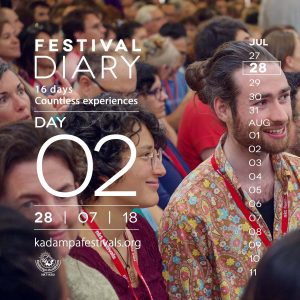 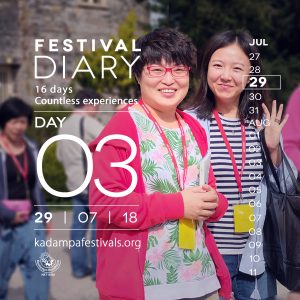 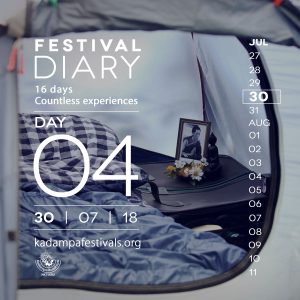 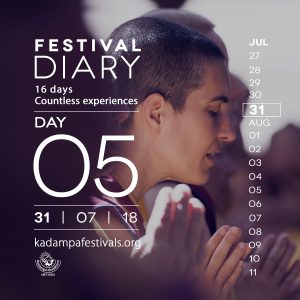 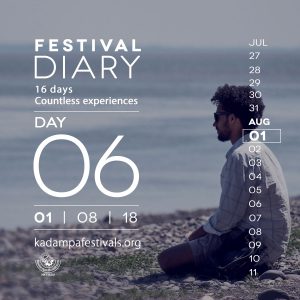 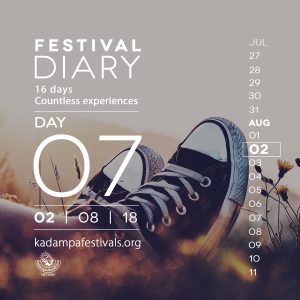 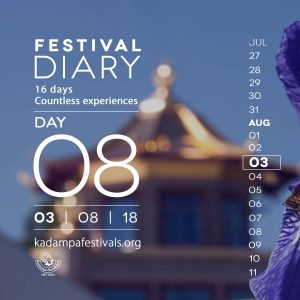 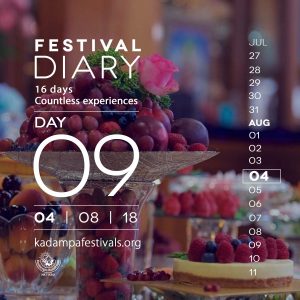 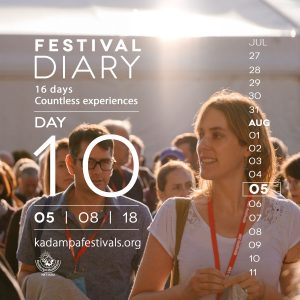 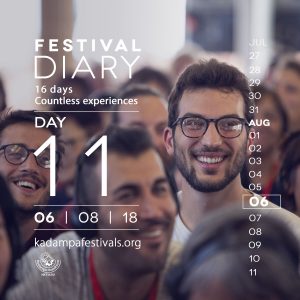 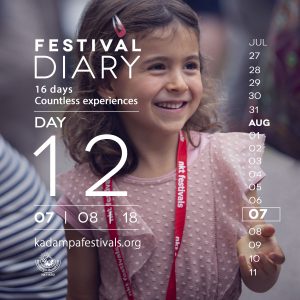 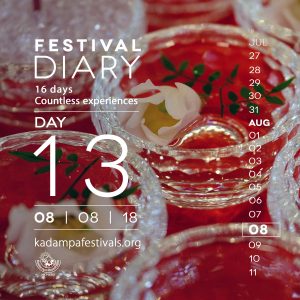 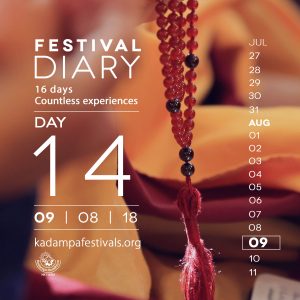 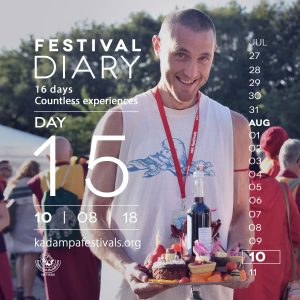 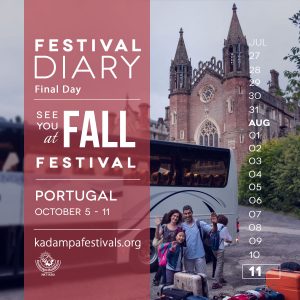